So this is the "kinda big announcement" I was talking about. It's a new series of Mini 10-Doh! figures. WOOHOO! It's not really Series 3, because it doesn't really follow the same formula that I used in Series 1&2. I don't plan on going back that formula, so maybe this is Series 3. Ha.

This is a very honest explanation of how this Series came to be. I'm not one for hype or spinning the story to sucker people into buying my stuff. This time around I'm folding all the boxes, applying all the labels, it's not easy being a one man assembly line. Ha! I hope you like the figures and appreciate the stories behind them. 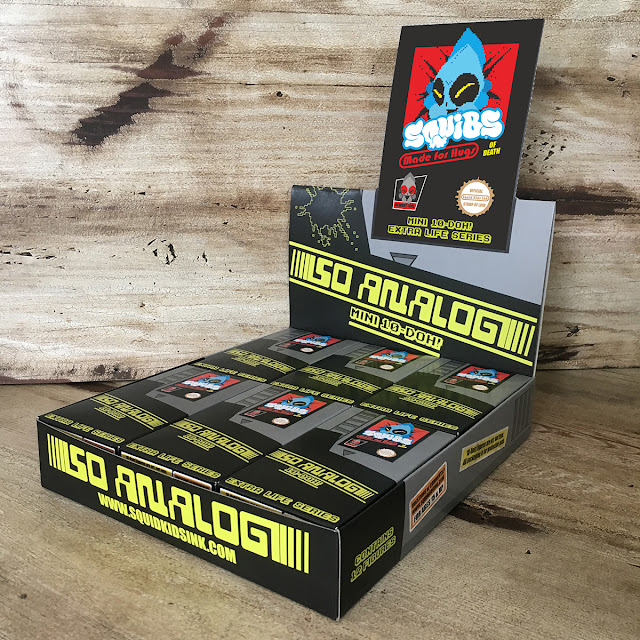 Making toys is expensive, and it can take years to see a return on your investment. Especially, when the money that trickles in slowly, goes to paying monthly bills. I could have done another Kickstarter, but they take a lot of time & effort. I want my next Kickstarter to be for a new figure, not just a new Series. This Series was only possible because I had a bunch of extra blank figures and wide variety of extra labels. I just needed a way to tie them all together.

These figures were never intended to be in a Series. Most of these labels were printed during the production runs of Series 1&2. They were intended to be Limited Edition figures, but for various reasons, the labels sat in a drawer for years. 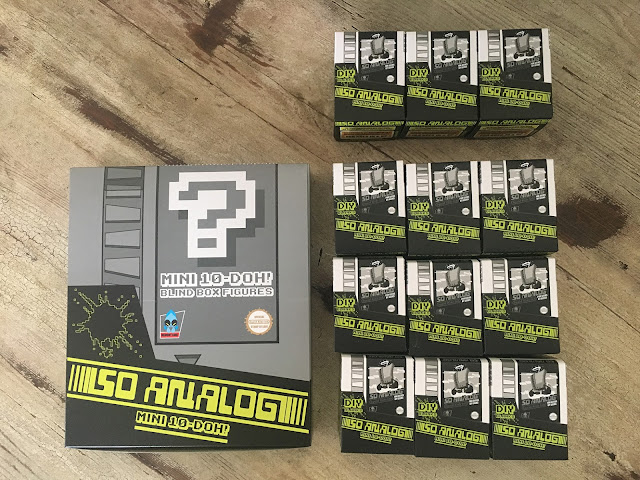 You might be wondering what's different about this Series. There are 3 major changes in this Series.

PACKAGING SIZE
I decided to use the Limited Edition packaging proportions, but as a blind box. This reduces the amount of packaging required, which reduces cost and waste. Woohoo!

QUANTITY PER CASEPACK
Mini 10-Doh! Series 1, 2, and DIY all had 20 figures in each casepack. The Extra Life Series only has 12 different designs in total, compared to 16 in previous Series. This is partially due to the amount of labels I had to work with, but it also leads into the last change.

RARITY
I eliminated the rarity scheme completely. If you buy a casepack of 12, you'll get the complete set. No commons, no uncommons, no rares, and no ultra (your never gonna complete your collection, unless you buy it on eBay) rares. There's only one of each figure in a casepack.

This guy kinda had to be the 1st to be revealed, because I used the graphic for the packaging. On the right you get a hint at the figures that will be announced over the next 11 days. 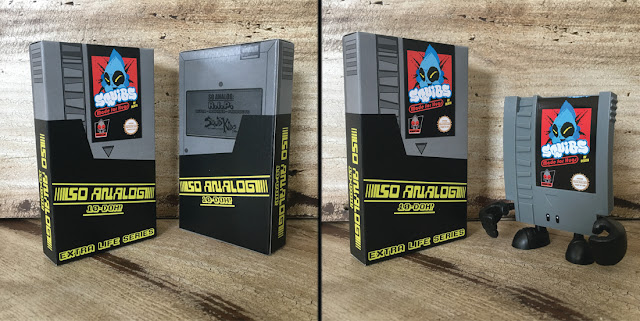 Like I mentioned, this isn't Series 3, but it still needed a name. I wanted it to have a name that hinted at the reason it exists. This is essentially a second chance for these figures, and I felt that "Extra Life" fit pretty well. A couple of them you may have seen before in some form, but most of them have never been seen. One was a happy accident, and there are to 2 that were created specifically for this Series. 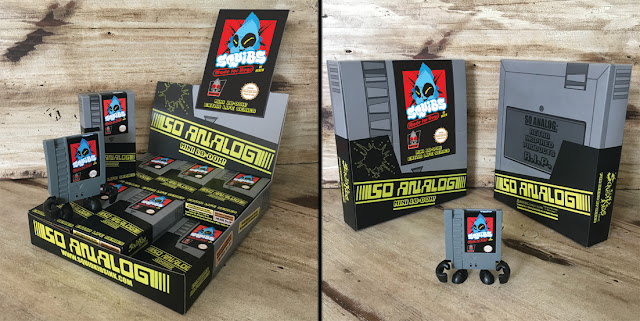 Another side effect of this being an unintentional series, is that almost half of the designs were done by me. Usually, I only have 1-3 designs out of 16, but I only had so many labels on hand. People will either love, hate, or not care about this. I just thought I'd explain why it is the way it is.