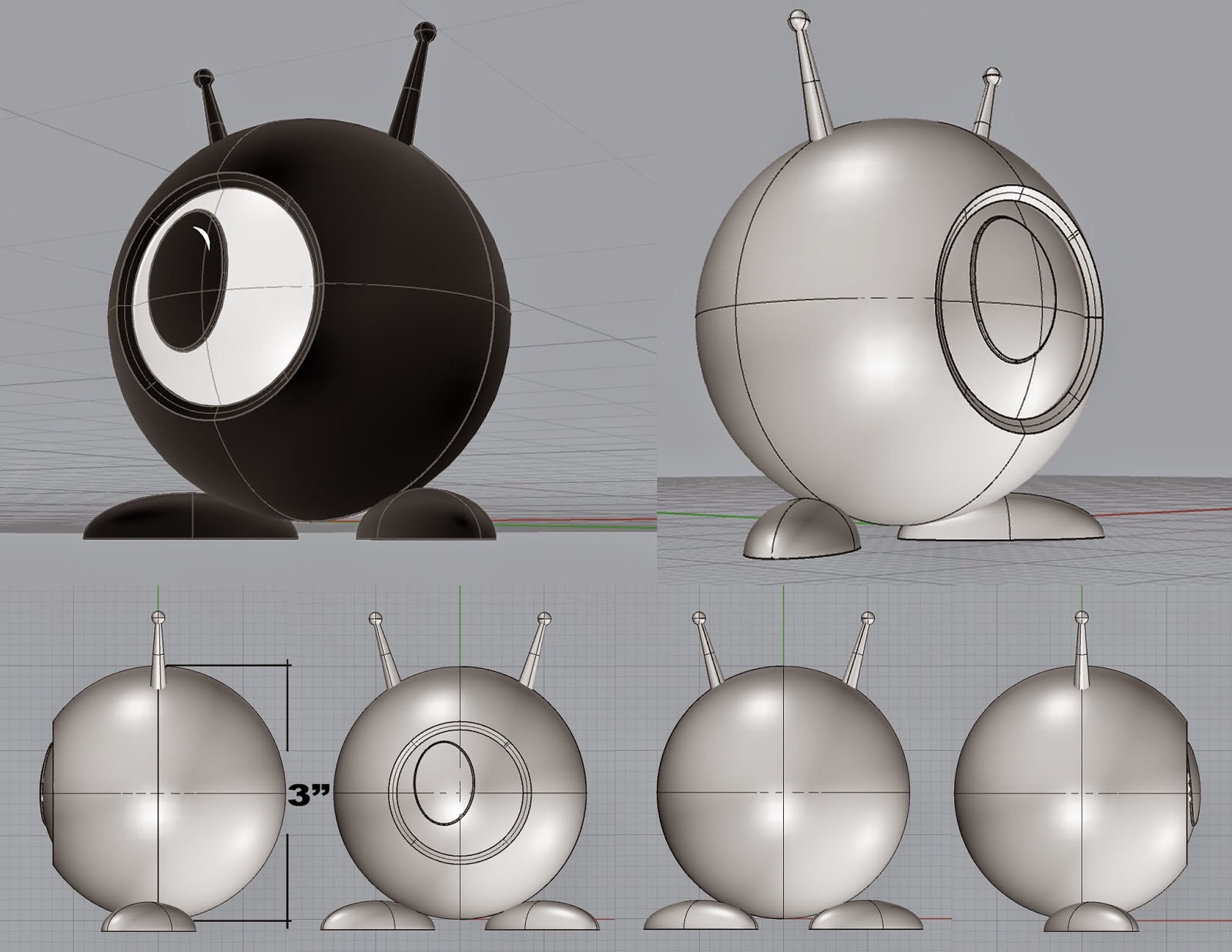 Oki is the 1st toy produced by Squid Kids Ink that isn't my original design. The guys at Robotoki had a rough digital model, but I re-sculpted it Rhino. It was just easier to do that, than to make production comments and have them change their model. 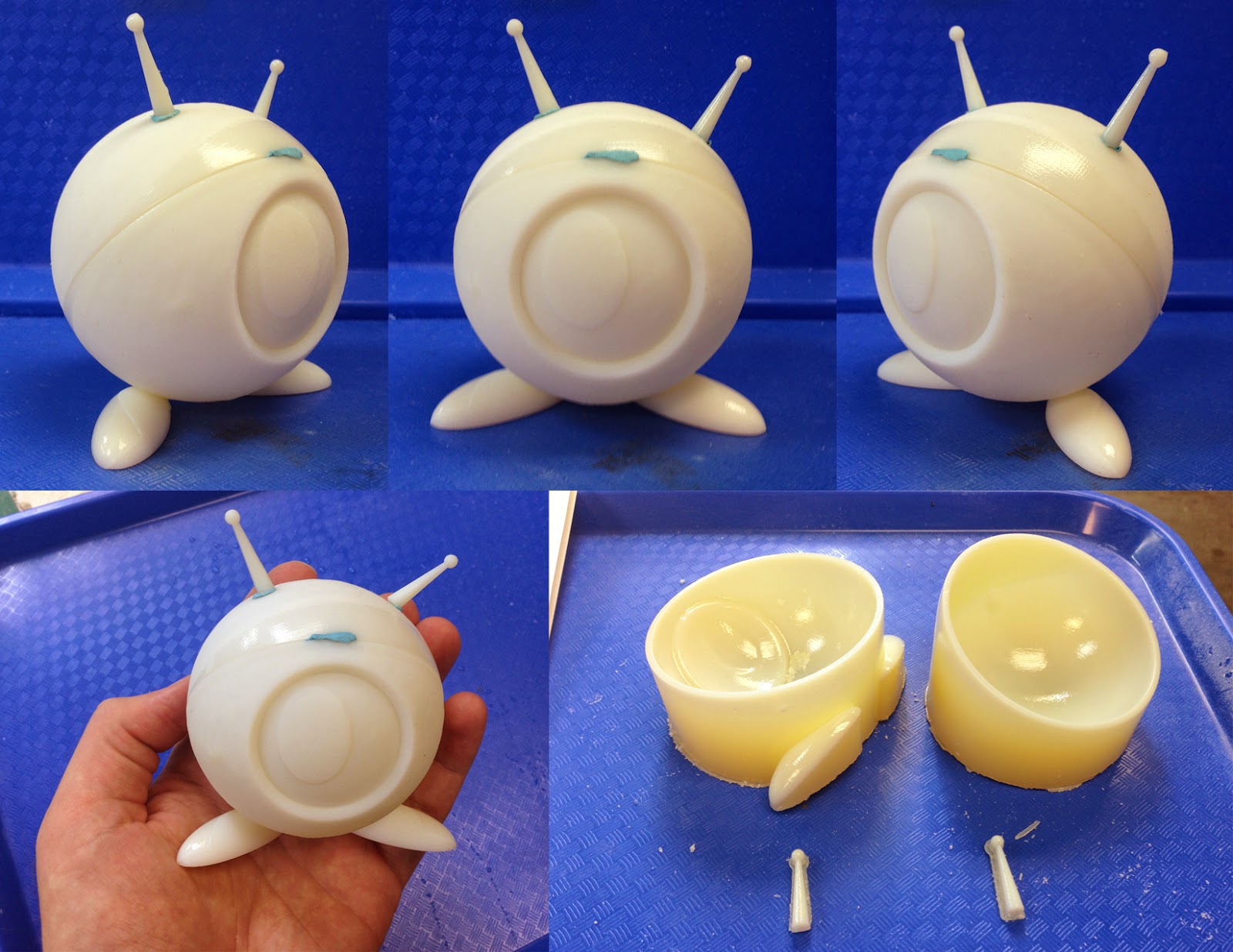 Mana Studios did the output for Oki.

Here he is mostly cleaned up. Cleaning up a perfect sphere is much more difficult than you want it to be.

This is the 1st prototype done in China. 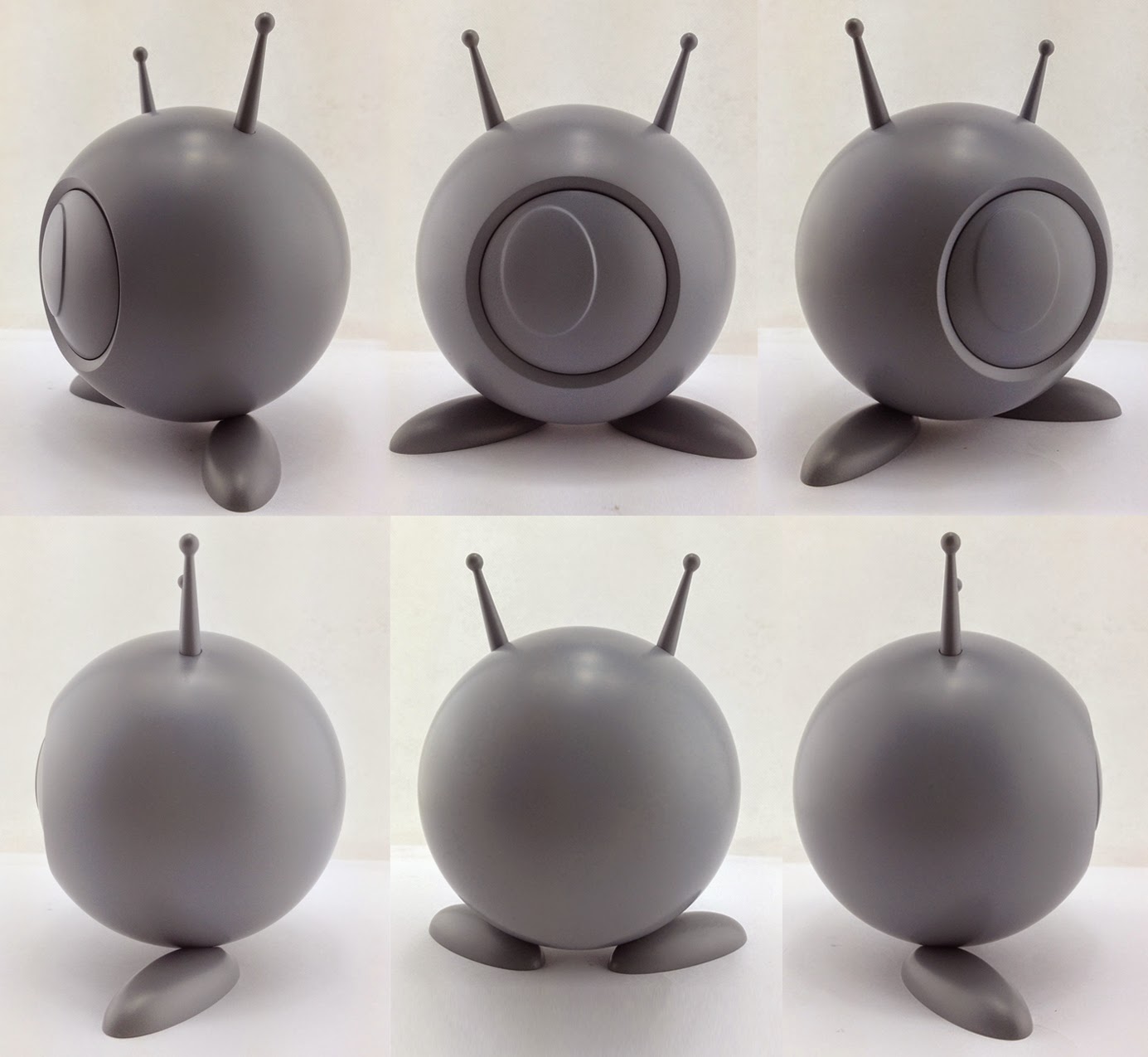 This is the final Engineering model that the molds would be made from.

Roto vinyl is a crazy process. I'm amazed they get pretty uniform wall thicknesses and can get such a big object out of a small hole.

So much work goes into even the most basic projects. Here you can see how they have to clean up each eye and spray each pupil. 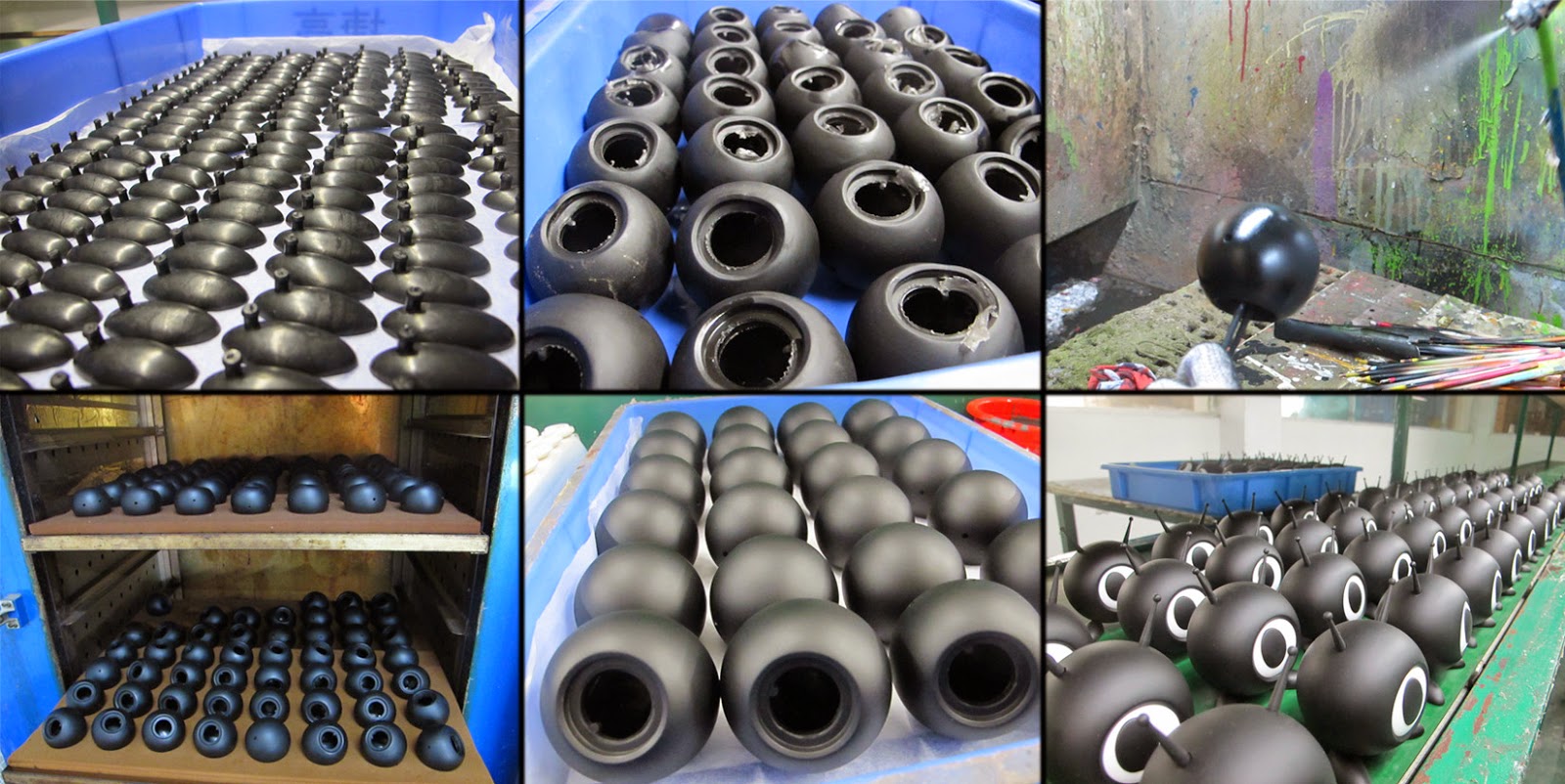 The body goes through all the same steps, until you have a mini army of Oki's. 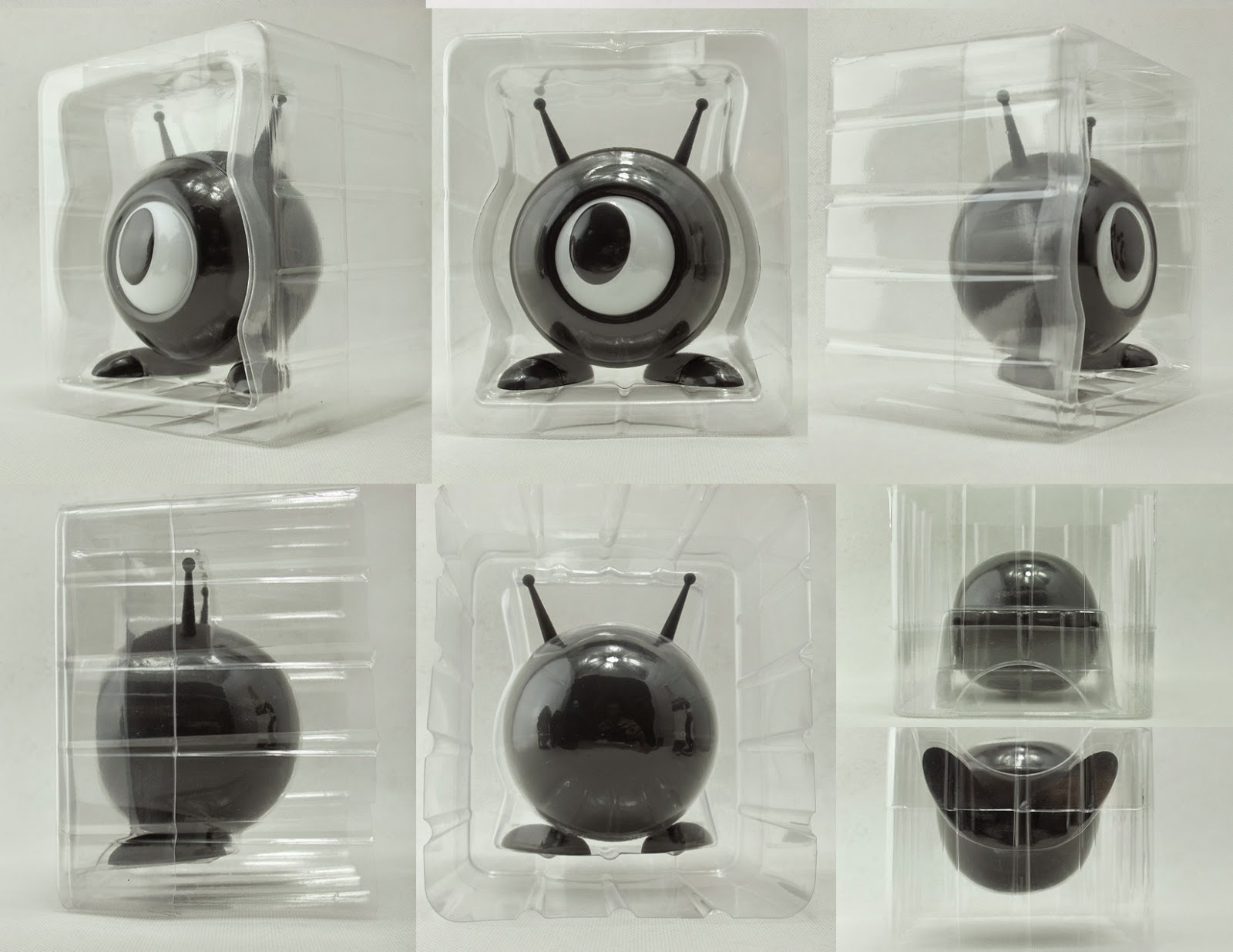 Packaging always needs to be bigger and costs more than I expect it to. Of course you want to make sure the product arrives intact. 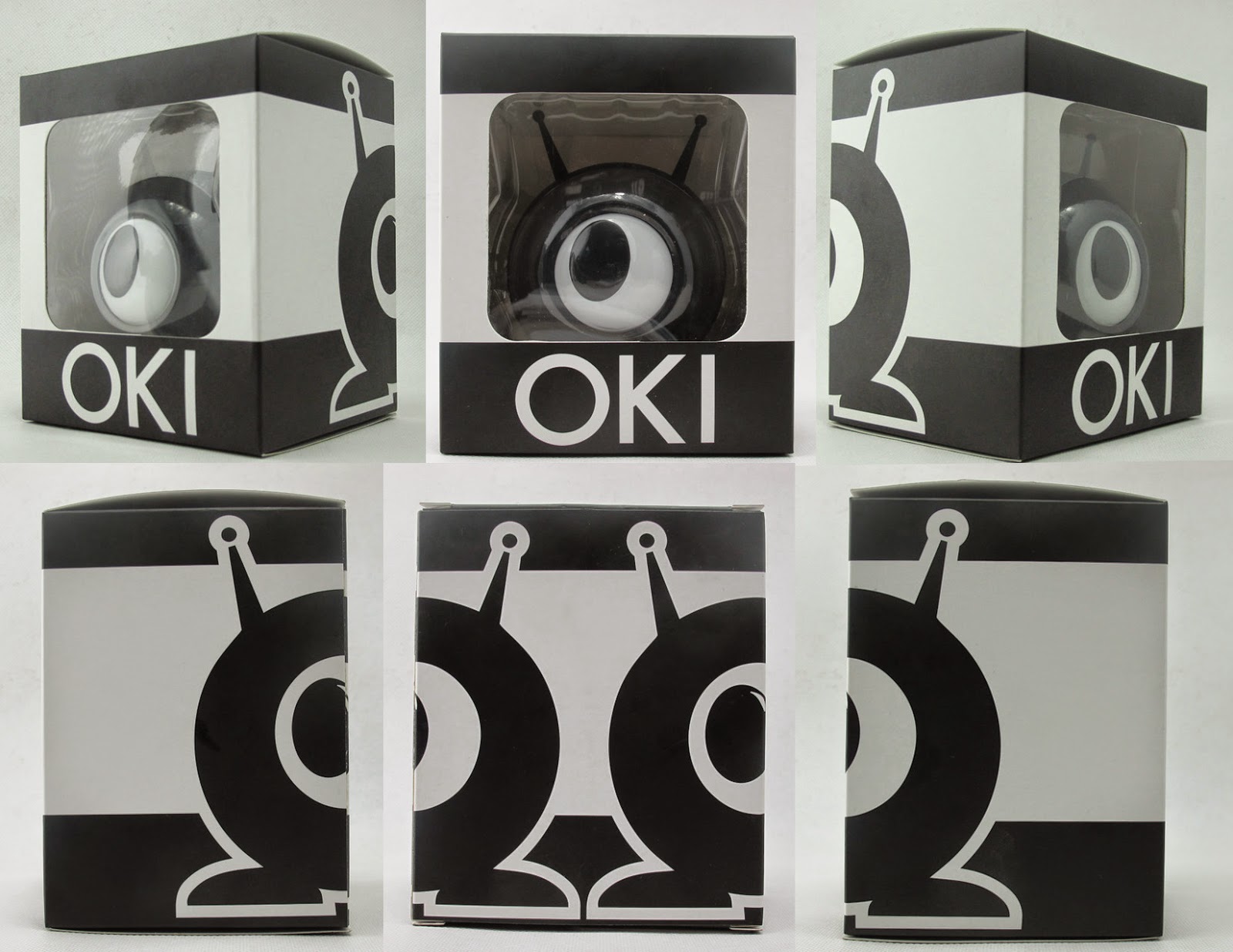 The packaging was designed to line up well next to another Oki. He also sits a bit lower, so he's lookin up at you like a puppy. Aaaawww. 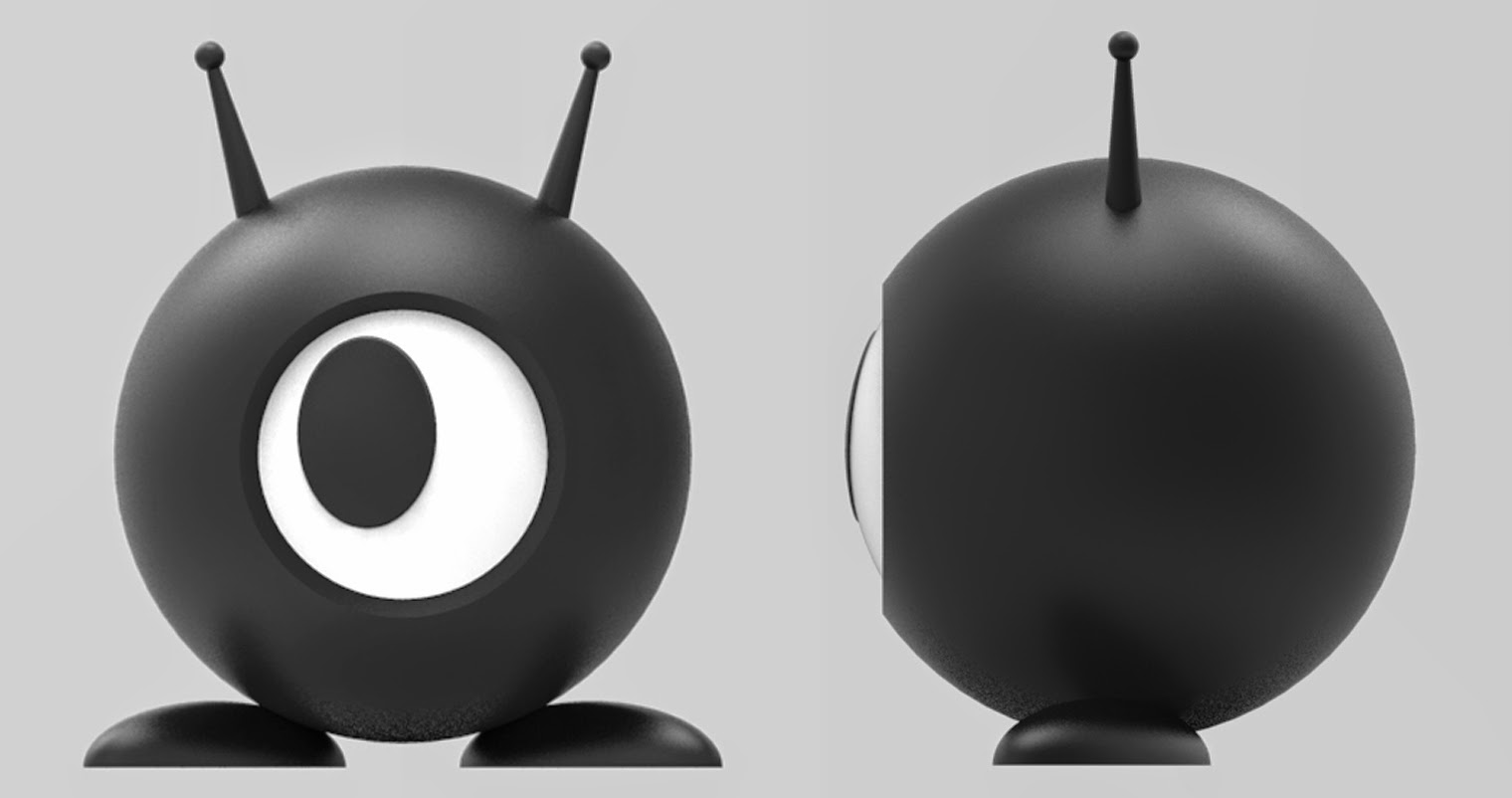 Oki is a super simple figure, but I like him a lot. I'm anxious to see if people will customize him or just leave him as he is. 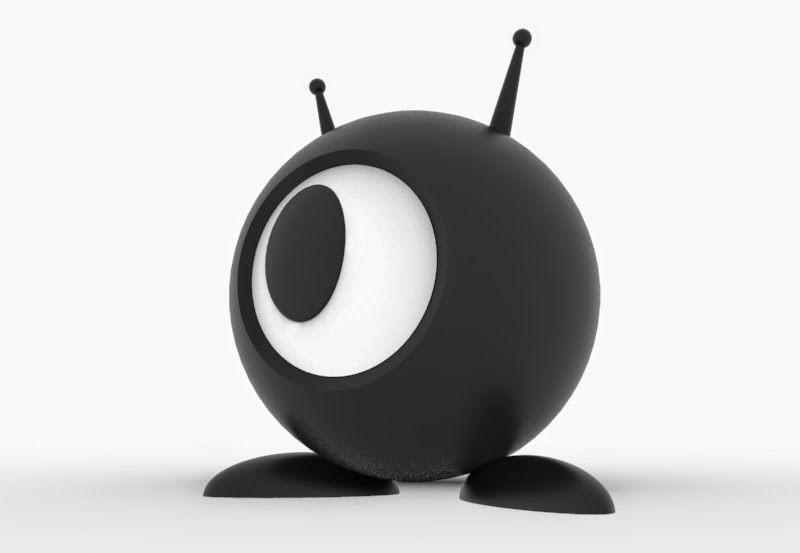 Robert Bowling has been kind enough to have been buyin my stuff since the debut of 10-Doh! at Designer Con 2010. He asked for my help to produce this figure and I'm really happy with the results.  I'll have some available at Booth #1548 during WonderCon 2015. They'll also be available online and in stores sometime after that.