i started sculpting when i was 19 or so. and it's been at least 10 years since these images were published. i used to send images of my sculpts into all the toy magazines. some magazines had contests and others were just to showcase fan work. 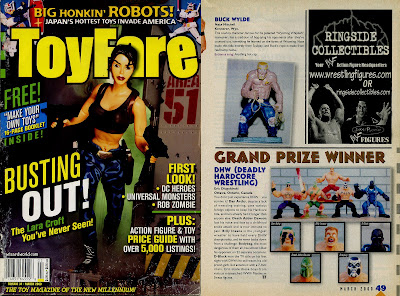 i think this is the first magazine that published one of my sculpts. the sculpt was based on a friend of mine that wanted to be a pro wrestler. it was sculpted out of the original white Sculpey in Kemmerer WY. this guy fell in the oven and smashed his face. i did my best to repair the damage, because i already learned the lesson of not finishing things. apparently i hadn't learned how to keep a figure stable while cooking. 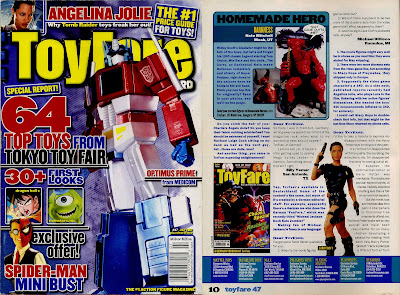 so, i have a terrible memory and i can't remember which order i sculpted these figures in. most of the photos were taken all at once. Darkness was sculpted while i was living in Tempe AZ. the only reference i had was the movie, so i just had it play constantly while i was sculpting. 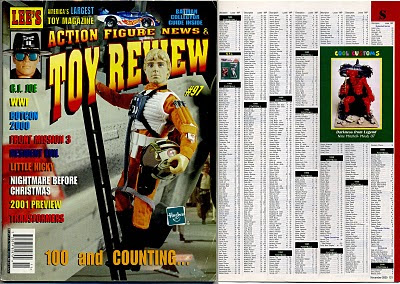 i sent the same photos to several magazines, so there are a lot of repeats. i lived in Moab UT for about 3 months, so that's why it says i'm from Moab. all sculpts were done in AZ and WY. 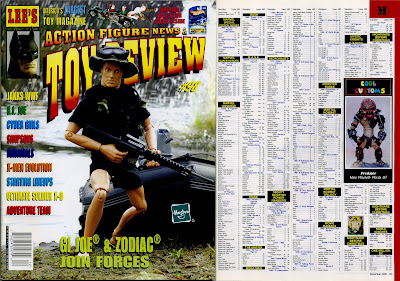 i was a big Predator fan for a long time. i based this off the cover of Predator: Big Game issue #1. of course it doesn't look anything like that. this was the first time i ever used Super Sculpey. he was sculpted in WY and has removable armor. 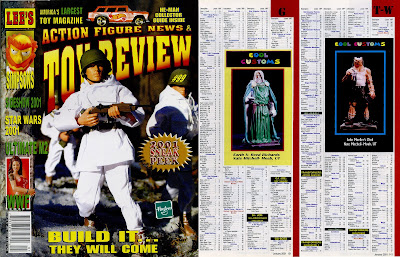 these 2 figures were both sculpted in AZ. i was a huge fan of Alex Ross at the time, and Earth X was his current work back then. Oink is based on a comic a friend gave me.

this was the big contest i won. the Abe figure was one of my first sculpts and was supposed to be for a Toyfare video game contest. he was made of regular Sculpey and fell over in the oven. i didn't get around to fixing and finishing him until after the due date. i later saw the results and another Abe won that contest. lesson learned. 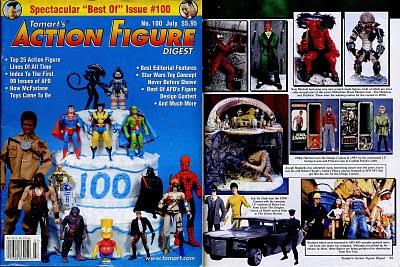 another reprint, but this page also included an image of some of Hot Toys early products.


it feels like these were sculpted several lifetimes ago. these aren't my first sculpts, but they show the 2nd stage in my sculpting life, maybe stage 1.5. as you can see, i used to sculpt figures that weren't available to buy. McFarlane toys eventually made real toys out of Darkness and Predator, but i never bought them. now i try to create my own characters and sculpt those instead of existing characters. 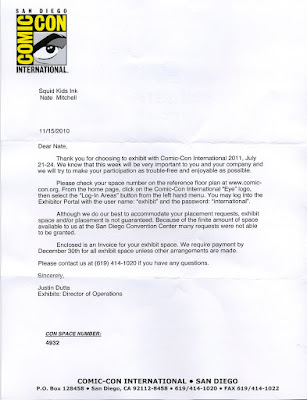 we got this letter a week or so before D-Con in November. i have to say it was a big surprise. we stood in line at Comic Con and turned in an application with a couple postcards, but didn't expect to get a booth for 2011.

we kept hearing that there is a 6 year waiting list, but some how we only had to wait 6 months. i'm sure that exhibiting at Wonder Con, APE, Anime Expo, and all of the others shows helped out a bit. we're hopin to have some cool stuff ready for the show.
Posted by Nate at 10:15 PM 1 comment: 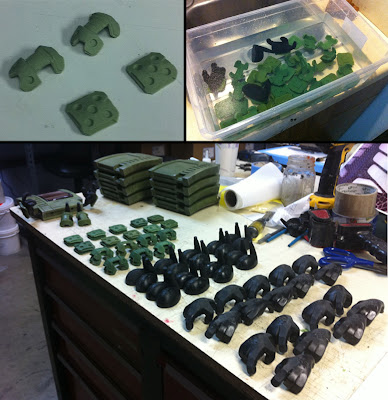 upper left image shows the castilene armor pieces that i sculpted for this custom. then a quick wash before assembly and paint. i decided to make a small run of 10 and it turned out to be way more work than expected. as you can see there are tons of pieces once you multiply everything by 10. ooops. 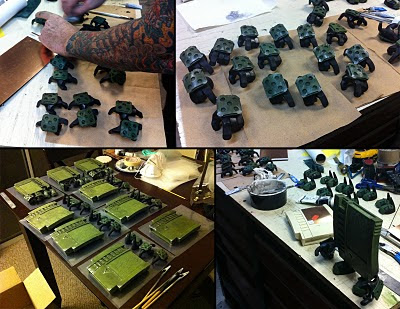 the bodies and armor were cast in a green tinted resin. the hand and feet were cast in black. Jay helped me assemble and paint some of the armor. each green piece got a black wash and then some silver dry brushing. ended up being 90 pieces that needed to worked on and eventually sprayed with dull cote. 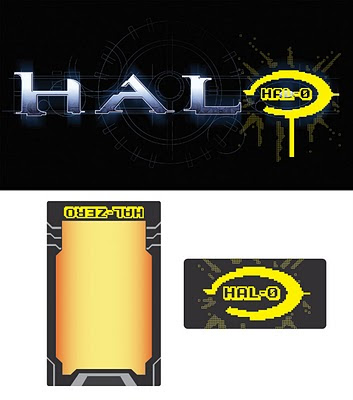 the labels were created in Illustrator. it took a while to find the right material for his visor, but i eventually found some gold mirrored styrene. it was expensive and a pain to cut, but looked much better than any paper i found. 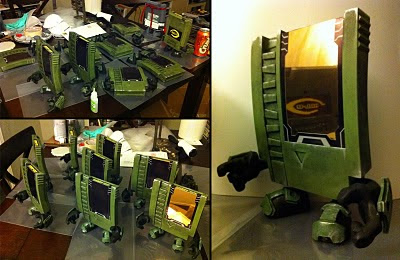 there may only be one Master Chief, but it was cool to have a nice little army of Hal-0's for a while. 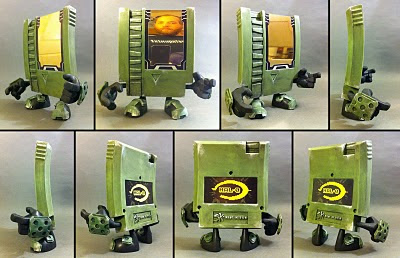 so, if you missed seeing this guy at D-Con, here he is. it's kinda freaky to see my distorted reflection in the label, but i couldn't take the photo without it showing up.