this was the line to get in on the first day Wizard World Anaheim 2010. it looked promising, but failed to impress soon after these photos were taken. 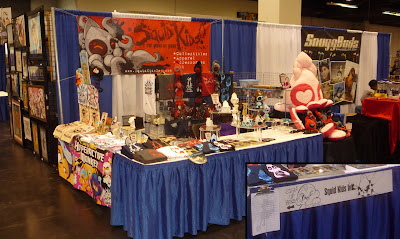 we had a decent location, close to the front, but the show was pretty small. we probably could have been in any location and had the same results. 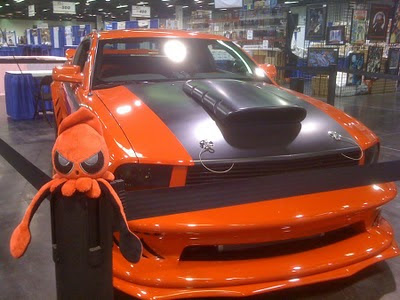 WW decided to color coordinate the cars on display with our Squibs. pretty nice of them. the first was Red Mist's car from Kick Ass. 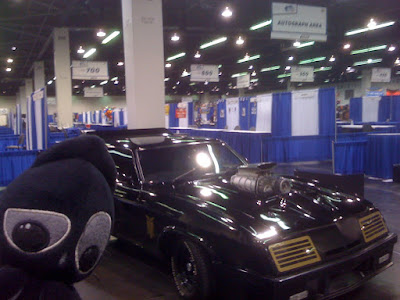 then they also had one of Mad Max's cars. 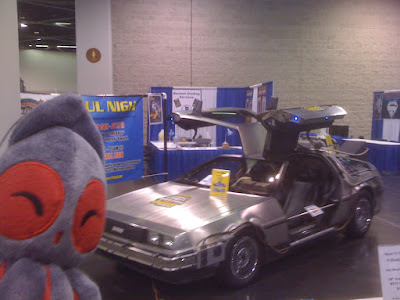 then to top it off they had the best time machine ever on display. 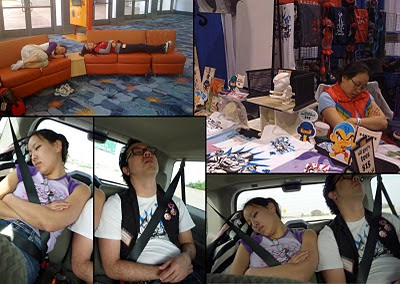 Hyperactive Monkey? i think NOT!!!

so, Wizard World was a bust. we came about 50 bucks shy of breaking even. not a great business model. we heard that a lot of people didn't even know about it. but, i also heard a lot of people wanted to wait and see how this year goes, and then possibly go to next year's show.

it basically seemed like a expanded Frank & Sons show with extra celebrities. which is fine, but that really isn't our crowd. hardly anyone understood the DIY concept. most people seemed to be looking for cheap deals on stuff they already knew about. i hope that some of the other booths did well, but overall it seemed like it was a rough show for everyone.

we made a last minute decision to do the show, and it was a good experience. even if that experience was a reality check after having a great show at Wonder Con. we did meet some new people and saw some familiar faces, but basically, it was a boring show and still very draining. by far our worst show to date, but Anime Expo is bound to be better.